In the early 1900s, industrialization in Commencement Bay led to the filling of a vast area of tideflats, as well of channelization of the meandering streams and rivers that flowed into the bay. Beginning in the 1920s, the resulting eight channelized waterways received releases of hazardous substances from various industries, including shipbuilding, oil refining, and chemical manufacturing plants. Principal contaminants included PCBspolychlorinated biphenyls; a class of chemicals previously used in manufacturing that remain in the environment for many decades, accumulate in living creatures, and pose health hazards to humans, wildlife, and fish., dioxinsA group of highly toxic chemicals that are the byproduct of some industrial processes and incineration of plastics; they accumulate in living creatures and are known to cause cancer in humans., and heavy metals.

Since 1990, a significant portion of the contaminated area has been cleaned up by EPA U.S. Environmental Protection Agency; federal agency with the mission to protect human health and safeguard the environment.. NOAA provides technical expertise to EPA to address the impacts of the cleanup on fish, birds, other wildlife, and the habitats they need to survive.

The contamination in Commencement Bay and its waterways has injured many species of fish and wildlife, including bottom-dwelling organisms, birds, and salmon. Consumption advisories A federal, state, or local government recommendation to avoid eating a certain fish or shellfish because it is unsafe due to high levels of contamination. are in effect for many fish species in the area due to elevated levels of PCBs, mercury, and other contaminants.

Beginning in 1991, the Commencement Bay trustees Tribes, along with State and Federal Government officials acting on behalf of the public when there is injury to, destruction of, loss of, or threat to natural resources., under NOAA’s leadership, have negotiated 19 settlements with polluters—recovering funds, services, and properties to support restoration projects. Guided by a Restoration Plan adopted in 1996, the Trustees have implemented or overseen the implementation of a series of restoration projects across Commencement Bay.

In this ecosystem-wide approach, each project plays a particular role in addressing injuries and helping promote natural processes and functions. More than $70 million in settlements fund the restoration program. To protect this enormous investment, the trustees have contracted with EarthCorps to ensure that the restoration sites continue to provide benefits for fish and wildlife, as well as local urban communities, over the next 100 years and beyond.

Below is a list of proposed/implemented projects for the various settlements reached  by the Commencement Bay case. The list will be updated as other settlements are achieved or restoration plans are released. 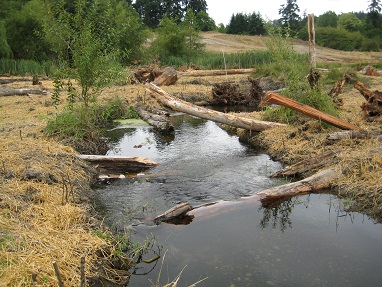 The Karileen restoration project is designed to provide enhancements to fish and wildlife habitat on the west branch of Hylebos Creek.

"We are excited to work with the trustees to ensure that these restoration projects are maintained for the long term. The timeline of this collaborative provides an important context for these and other restoration sites as we work to anticipate and adapt to sea level rise caused by climate change and other environmental challenges over time." 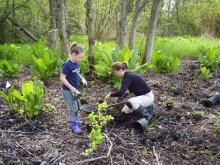