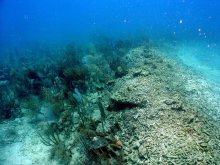 In July 2019 NOAA received $4,403,590.98 from the National Pollution Funds Center to provide primary restoration for injuries to natural resources from the T/V Margara ship grounding in 2006. The oil tanker ran aground on a shallow coral reef close to Bahia de Talloboa in Puerto Rico, and was successfully removed a day later.

On January 7, 1994, the T/B Morris J. Berman—a 302-foot-long barge loaded with 1.5 million gallons of fuel oil—broke away from its tow line and drifted around near San Juan, Puerto Rico. The barge grounded on a nearby coral reef, rupturing seven fuel holding tanks and released approximately 800,000 gallons of fuel oil into nearshore waters. 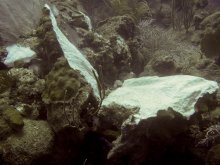 On December 15, 2009, the liquid natural gas carrier Matthew grounded on coral reef habitat off the south coast of Puerto Rico near Guayanilla. The vessel was eventually freed from the reef with the assistance of local tug boats. 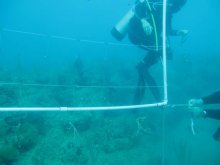 On October 27, 2009, the T/V Port Stewart, a tank vessel carrying seven million gallons of oil, struck coral reef habitat off the southeast shore of Puerto Rico near the entrance to Yabucoa Channel. The vessel was eventually freed with the assistance of local tug boats. Extraction activities affected another section of reef approximately 600 feet to the south.

On April 27, 2006, the oil tanker T/V Margara ran aground on a shallow coral reef close to the Bahia de Tallaboa in Puerto Rico. The vessel was successfully removed from the site the following day without leaking oil into the water. However, response efforts and removal of the ship caused significant additional injury to the reef.

Projects On Our Radar