History of the Program

DARRP was formally created in 1992 in the aftermath of the Exxon Valdez oil spill.

A guide to some technical words, acronyms, and other terminology found on this website.

Contact us for more information about the Damage Assessment, Remediation, and Restoration Program.

Use our tools to search, visualize, and download data associated with the evaluation and restoration of environmental injuries from DARRP cases.

NOAA formally created the Damage Assessment, Remediation, and Restoration Program (DARRP) in 1992 in the aftermath of the Exxon Valdez oil spill. For over 25 years we have assessed, restored, and protected coastal environments damaged by oil spills, hazardous waste releases, and vessel groundings. 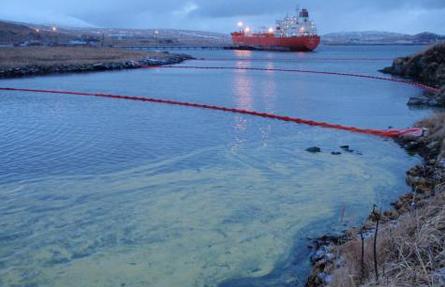 NOAA responds to pollution events such as this oil spill in Adak, Alaska that took place in 2010. Through restoration we bring the natural resources to the condition they would have been in had the pollution not occurred.

NOAA’s Damage Assessment, Remediation, and Restoration Program (DARRP) works with teams composed of state, tribal, and federal agencies, often in cooperation with industry. We also involve the public as we develop plans for restoration. To date, we have recovered $10.43 billion for restoration from those responsible for environmental harm.

NOAA trust resources are living marine resources. They include commercial and recreational fishery resources, (fish, shellfish, and their habitats), migratory fish species (like salmon and eels), endangered and threatened marine species (like whales, sea turtles, and their habitats), and other critical habitats (like marshes, mangroves, seagrass beds, and coral reefs), and resources associated with National Marine Sanctuaries and National Estuarine Research Reserves.